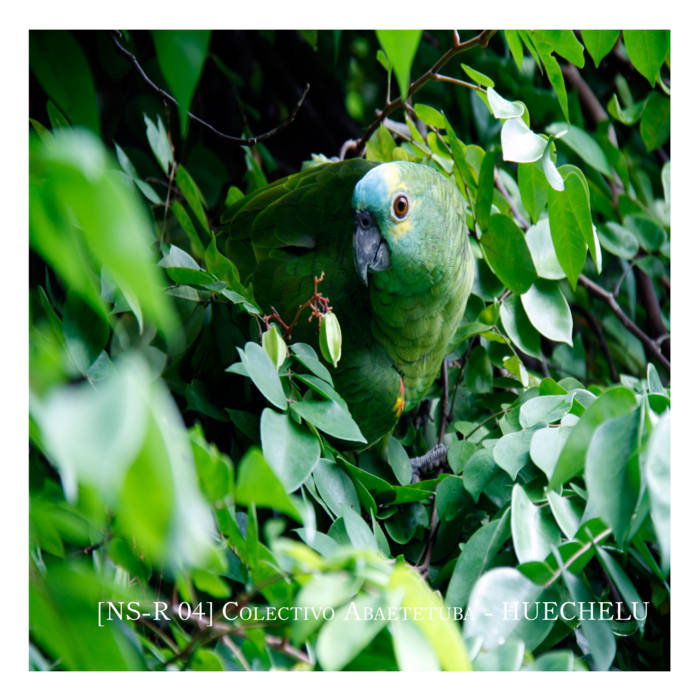 ABAETETUBA "a gathering of good people"

In 2004, in the city of São Paulo, was born the idea of creating a group to explore free improvisation, yet little known in these parts. Antonio 'Panda' Gianfratti and Yedo Gibson were playing together as a duo, they had already recorded three albums and the prospect of expanding sound investigations stimulated them. It was given the initial step in creating a collective of free improvisation born in Brazil: the Abaetetuba Collective.

ABAETETUBA is a Brazilian indigenous name (Tupi-Guarani) that means ´a gathering of good people`. In the first year of the group there were many gatherings at Gianfratti’s home. It was a sound lab, with many talks and listening to different music genres until they discover the Free Improvisation.

In 2005 they debuted in shows and recording. Along with Antonio Panda Gianfratti and Yedo Gibson were the musicians Renato Ferreira (sax and double bass), Rodrigo Montoya (soprano sax). The first recording, "Vol 01 - Small Improvisation Orchestra ", also featured the participation of bassist Luiz Gubeissi (who in recent years became an effective member of the group) and the saxophonist Fabio Bizarria.

In the same year Yedo Gibson left Brazil and moved to London and later to Amsterdam. Then Thomas Rohrer, a Swiss based in Brazil since 1995, joined the collective and added a new element to the group: Rabeca, a traditional Brazilian fiddle, he also plays saxophones. Under this new ensemble - Panda, Rohrer, Ferreira and Montoya – two albums were recorded ("Vol 02" and "Vol 03").

In 2006 the group collaborated with the jazz/free-improvising vocalist Phil Minton, in his first visit to Brazil. Later on, the bassist and cellist Marcio Mattos, from Rio de Janeiro, collaborated with the collective. Based in London since the ‘70s, Mattos brought the experience of three decades dedicated to free improvisation music, having been a partner of leading names of European Free Improvisation scene. The Abaetetuba recorded its fourth album with the participation of Mattos on cello, in October 2006.

Marcio Mattos encouraged the group’s music with his enormous experience and familiarity with icons of free improvisation. At that point the collective considered making its own signature that continues so far. Another fact to be emphasized: the support and encouragement came first from abroad, particularly from Europe, then only later from Brazil. The group has never tried to make music with references, it has always sought to take the risk with originality.

After the experience with Mattos, Renato Ferreira left Brazil and moved to Amsterdam, and Rodrigo Montoya moved to London, playing then the traditional Japanese instrument, Shamisen. In London he collaborated with many musicians specially Marcio Mattos, making an album in duo called "EN", he also participated in the London Improvisers Orchestra.

In 2009, the collective got an opportunity to make a tour in Europe, where they could gather all the members of the group again and, in parallel, make collaborations with many improvisers. The Abaetetuba played in Madrid in the XIII International Festival Hurta Cordel of Free Improvisation; also played in Netherlands, with members of the ICP Han Bennink; and went to England, joining at British stage with pianist Veryan Weston and bassist John Edwards.

In the following year at Cultural Centre of São Paulo they created the "International Festival of Free Improvisation Abaetetuba", that would be repeated in 2011, where international names joined it as Hans Koch, John Russell, John Edwards, Raymond MacDonald, Ricardo Tejero, Javier Carmona and Saadet Türköz; the group also got an opportunity to take this festival to other cities besides São Paulo, such as Recife and João Pessoa.

In 2013, the collective participated in the 4th edition of the International Festival of Improvised Music, the SoundOut Festival, hosted in the city of Canberra in Australia and organized by the musician Richard Johnson. It was a great and exciting experience meeting the Australian Free Improvising scene.

Antonio is a drummer, percussionist, builder of percussion parts and free improviser. He was born in 1948, started his career in 1963 and since 2000, he has been dedicated to improvised music, promoting this strand through performances and workshops in cultural venues, theatres, museums, art galleries and festivals. He is the founder of the Free Improvisation collective ABAETETUBA in 2004 along with Yedo Gibson. Also he is the curator of the 1st and 2nd International Festival of Free Improvisation ABAETETUBA supported by Cultural Centre of Sao Paulo. Some musicians and artists performing with him are: William Parker, Han Bennink, Phil Minton, Hans Koch, Ab Baars, Veryan Weston, Mark Sanders, Trevor Watts, Saadet Türköz, Ricardo Tejero, Raymond MacDonald, Luo Chao Yun, Audrey Chen, Peter Jaquemyn, Olie Brice, Charlotte Hug, Phil Wachsmann, John Edwards, Olie Brice, John Russell, Sabu Toyozumi, Thomas Rohrer, Rodrigo Montoya, Luiz Gubeissi.

He began his musical studies on piano and electric bass passing to double bass at age 23. Taught in harmony Jazz and Bossa Nova with the pianist Samuel Jr. Khuri. Participated in groups of Rock, Jazz, Bossa Nova, Classical Music among other styles. Luiz is dedicated to free improvisation music since 2004, being a member of the musical group ABAETETUBA along with the musicians Antonio Panda Gianfratti, Rodrigo Montoya and Thomas Rohrer. He also participated in the recording of the CD Abaetetuba with the Brazilian cellist and bassist Marcio Mattos. He has played with many improvisers as Marcio Mattos, Sabu Toyozumi, Roger Turner, Urs Leimgruber among others. In 2014 he moved to Australia to experience the Australian free improvisation scene.