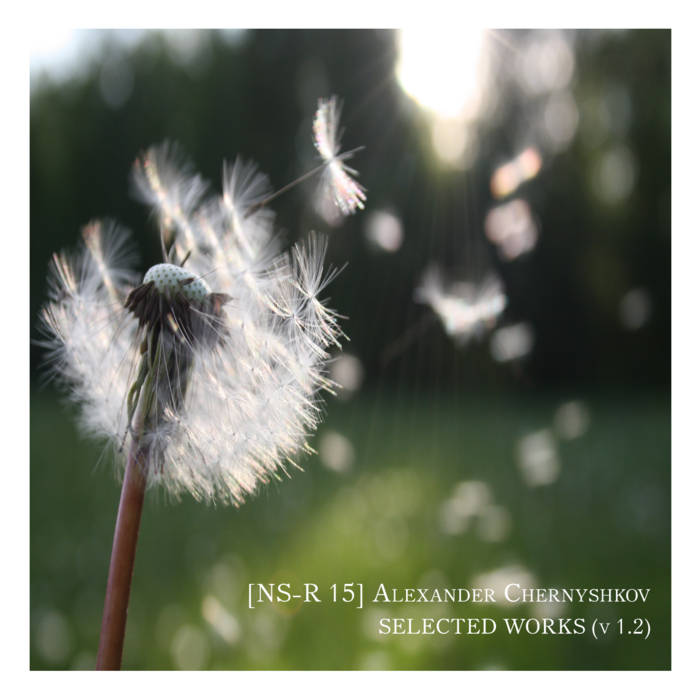 As performer and improviser he co-founded the experimental duo O I O with Marina Poleukhina. His records are published by labels "PanYrosas" and "TOPOT" and count several albums “Puinen Neon Itku”, "Songs about trees" "Partly cloudy". He is a frequent guest at numerous free improvisation festivals like Multiversal (Berlin-Copenhagen), Velak (Vienna), TurnTheCorner (Vienna).

He experiments and builds instruments of strictly acoustical and mechanical origin using long tubes to transform the wind instruments or using motors, relays and electromagnets as vibrating sources. Works and sleeps in Vienna.

alexander chernyshkov died in 2063 by being stabbed down in the metro in paris, apparently because he was selling some forbidden records and other material. he started his career as a decent and gifted composer and in 2014 decided to do movies but only for some years, in order to find, that the real art is daily life and the other way around, so he became a constant installation in vienna and in the life of ma artists. he became famous for his artwork in 2021, when he connected a living cow to the web 3.0 and started mutating the cells of the cow by random rotistic processes. the cow later started talking and killing innocent animals and was therefore slaughtered, which became a famous documentary by the director niklas seidl.
in 2030 they started doing their "socio-fascistic" actions in athens and kuala lumpur and got imprisoned for drinking zwickl in the öffentlichkeit.