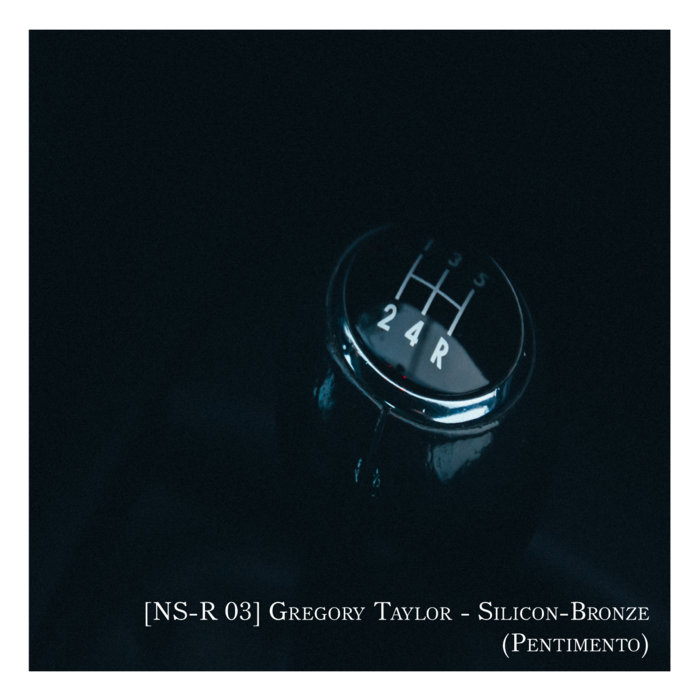 Gregory Taylor was trained initially as a visual artist, He has studied central Javanese gamelan and electroacoustic music in the U.S. and the Netherlands, written for publications such as Wired, Array, and Option, and hosted a radio program of contemporary audio on WORT-­‐FM since 1986 (www.rtqe.net).

After a hiatus from his work in the cassette culture movement of the 1980s the the ARTlevel label, he returned to regular recording and live performance as an improvisor in both solo and group contexts in the late 1990s. In addition to his work in Nachtstück Records, his solo and group recordings on are available on the c74, Palace of Lights, Flood, pfMENTUM, Clang, Stasisfield, Loochtone, Mine All Mine, and Spectropol labels.

In addition to his solo performance career, he has remixed and collaborated with a diverse group of artists (Kim Cascone, BMB (bmbcon.org), The Bell Monks Scott Fields, The Yearlings and K. Leimer) and performed widely in group settings with Brad Garton and Terry Pender (in the dual-­‐laptop/mandolin trio PGT), Jeff Kaiser (as the duo The Desert Fathers), Geoffrey Brady and Tom Hamer (Thistle Inventory) and as 25% of the quartet Taylor Henrickson Hamer Grosse (with percussionist Tom Hamer and visualist Mark Hendrikson, and synthesist Darwin Grosse).

He currently labors on behalf of the new media software company Cycling '74, where he is in demand as a workshop facilitator and educator.

The practice of alchemy sets itself the goal of transforming what is ordinary or common into something rare and precious. As modern scholars in the history of science have begun to decode the coded writings of its secretive practitioners, it’s become clear that alchemy shared a great deal with what we think of as the practice of science – they manipulated and analyzed the material world based on hypothesis and observation and reported genuine results. As a performer and improvisor/composer, I’ve been drawn to the idea of alchemy as a metaphor for practice – first by using the recording studio as a compositional tool to work with “ordinary” sounds as something malleable and ripe for recombination, and later as a way to think about how improvisation combines the regular materials of instrumental practice with more idiosyncratic/hermetic approaches to creating something new that may be worthy of the silence which precedes it.

The idea of materials are transformed under patient experiment and observation also extends to our tools; the years as an artist composing/making the recorded rituals of imaginary cultures and venturing into using Max/MSP produced a collection of ways of working with audio material that gradually transformed itself from a kind of toolkit to an instrument for improvising with sounds in real time that combined my decisions alongside those made by simple algorithms and mappings whose results were things I had never made before. Transforming the tools that transformed the audio, in turn, transformed me.

So I returned to performing live after many years of solitary studio practice, promising myself that I would always strive to go on stage with my Max patch/instrument, a folder full of audio files, and no fixed plan except to conjure. It is a promise I have managed to keep, and although it doesn’t always work or turn out as I expect, over the course of many performances in many different locations I’ve began to notice that some performances actually wound up having their own internal narrative curves and what seemed to me –on observation and reflection – to have been a locus and record for transformation.

There is a final irony to the alchemical metaphor – the “empirical” data associated with this recording [time/date/location of physical performance] is lost to me, owing to that particular kind of cataclysmic laboratory fire known in our age as “the destruction of my hard drive.” Like its sibling recording “Amalgam: Aluminum/Hydrogen” [Palace of Lights] it dates from a series of live performances from around the same time period, and is a single take live recording with no overdubbing of a live performance. I hope it’s worthy of your attention.