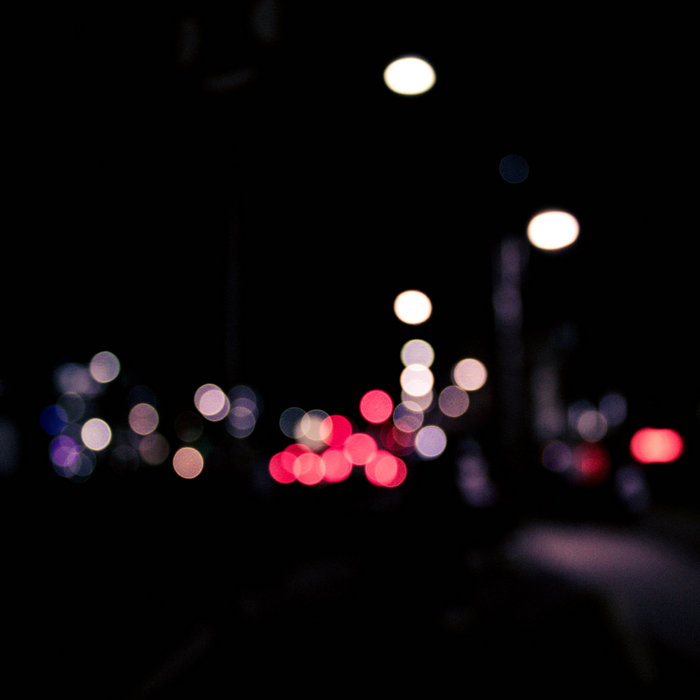 "My name is Vladimir Luchansky, I was born in Novosibirsk, Russia, in 1990. Some people asked me about my way to music and to free improvisation so I decided to put an extended bio here. In three words: I love improv. In details: lots of text ahead.

It all started with my father who listened a lot of different music ranging from free-minded and free jazz (Charles Mingus, John Coltrane, Eric Dolphy, Lokomotiv Konkret) to pop music (Suzanne Vega, Queen, various russian bands) when I was a toddler. Eventually it had a very deep effect – at age of 4 I played some improvised concerts for my grand parents who had a piano in their apartments.

However, parents did not consider to send me to the music school because they did not want me to have the same negative experience my mother had in her childhood with her music school. My point of view on this decision varied through the years and I don’t know at the moment if that was good or bad. It is how it is.

My listening experience was getting bigger and bigger. At the age of 15 I got the broadband internet access and discovered lots of different music including art/progressive classics (Yes, King Crimson, Genesis et cetera), various free jazz and improv acts (Art Ensemble of Chicago, Derek Bailey, Sun Ra, Pharoah Sanders), extreme metal styles (grindcore, technical death metal, mathcore, black metal and so on) and lots of contemporary classical music. I got into my first punk band via local forums but quickly parted because it actually was unexpectedly boring – I was and still am into punk music and ideas but at that time I was hungrily absorbing lots of completely new and mind-blowing stuff that was way more interesting. Bought my first own guitar which was a decent Squier Stratocaster at that time too and continued playing and practicing.

I was around 18 at that time, listening a lots of weird stuff including harsh noise, lots of ambient artists, lots of avantgarde music including John Zorn’s projects who became a very important and influential figure for me. I went trough some electronic acts like Aphex Twin, Orbital, Autechre and Boards of Canada; still love the Au though. I played around with my bass and guitar, making drone and noise music, picking up the tunes by ear and looking for people to play with. However, experimental scene in Novosibirsk was not active at all. It was impossible to find new people who would be interested in improvisational or experimental music and treat it seriously, with a necessary approach. Sadly, same situation remains there until now.

At the age of 19 I was completely absorbed by improvisational music, practicing some chord changes and scales while playing by ear along with my favorite acts. Picking up the whole Marc Ribot’s Ceramic Dog 2007 live bootleg and almost nailing the solos was (and probably still is) my main guitar achievement. I started to discover synthesizers and guitar effects, eventually bought two huge analog Soviet “Polivoks” synths and my first stompboxes. Around the same time I discovered post-rock and shoegaze, slowly coming up to recent dates from the beginning of 90’s, and was excited about ideas of melodical walls of sounds. Glenn Branca and My Bloody Valentine were playing on repeat through the days.

I sold my Stratocaster guitar and bought an amazing Japanese Gibson ES-175 replica, truly a piece of art. Four years later I traded it for Fender Jaguar. Really miss that Japanese guitar now.

In the end of spring of 2009 I bought my first saxophone – it was very cheap Chinese alto branded “J.Michael”. Decision was absolutely spontaneous – I was just listening for John Zorn’s works and got hit with an idea of a saxophone. I got some spare money, my dad helped too and I bought that alto from some guy who got it couple of months ago but could not handle the horn. However it was carefully adjusted and was able to play in tune. I started with two or three private lessons with our local saxophone player who introduced me to horn, showed some basic techniques and gave some advises on taking care for the instrument. Coming home after the lessons, I was watching for Eric Marienthal’s video school, looking through Real Books and of course trying to improvise.

Obviously at some point I had to change the instrument as you could not get all the things you need from a cheap horn so I bought King Zephyr alto from 1950s which is still with me. In addition to this I have straight Belgian/French soprano “L. Moeremans – Breveté” made in 1899, curved “Lyon & Healy” soprano (which is Buescher True Tone stensil) from 1920s, also “Lyon & Healy” (Buescher True Tone stensil too) C-Melody from 1920s and a decent Weltklang bari. I tried to like and adopt tenor saxophones but couldn’t – don’t like the sound and the feeling at all. Maybe I should have got a good horn of my own but it just didn’t feel right with others horns and I had a pretty good B&S tenor paired with Otto Link which gave really good sound but still no magic happened.

In 2013 I moved from Novosibirsk to Saint-Petersburg due to job offer. Even though I had some activity with various projects, it wasn’t enough and was slowly going down while I wanted more. So I didn’t hesitate and accepted the offer, moved to Saint-P in the very end of October 2013. Since I already knew some people from there and kept contact with others via social network, I started to play with and in different projects. It was really interesting to see a controversial and live scene compared to Novosibirsk without any scene at all. People were playing improv in Petersburg with different approach, coming from different backgrounds – it felt great!

I played with Ilia Belorukov, Sergey Kostyrko and Konstantin Samolovov as “MARS-96” trio – it was a beautiful noise-rock set with some screaming saxophone from yours truly, later released digitally and partly on a CD; with Maxim Pozin, Leonid Perevalov, Tatyana Bogomolova, Marina Pozin (Ovchinnikova) and Pavel Kuzin in “Pustozwet” band; with Saint-Petersburg Improvisational Orchestra – playing in a 15-20 people band was absolutely new experience for me. I also happily played in duos and various line-ups, backing for local gigs and for visiting artists and still do it and won’t stop.

In the same year Glen Hall’s disk ‘Live in Siberia’ was released in Canada with me as a participant, along with other Siberian Improvisers. In 2015 I attended ISIM conference in Switzerland where performed solo and collective composition in combo with Billy Satterwhite, Lynn Baker, Anthony Di Sanza and Roman Stolyar and also collaborated with all kind of musicians with different backgrounds from different countries.

I try to do my best and be prolific, I like challenging task like creating a live ambient soundscape for Ivan Aivazovsky’s large exhibition at Tretyakov gallery in Summer 2016 – ~5 hours of constant sound that should’ve been related to Aivazovsky’s art works.

In August 2017 I visited Poland for Intuitiva art/music conference and met and collaborated with musicians and artists such as Carl Bergstrøm-Nielsen, Anna Jędrzejewska, Haruhiko Okabe, Marie Wärme, Susanne Escher, Thomas Zimmermann and whole beautiful family of Pawel and Bożena Dudzinski. We did some fine music and discussions, had some quality time and finally performed for local people in a beautiful gothic/baroque cathedral of 13th century.

Currently (end of 2017) I work with soprano sax and electronics mostly, using a self-built setup of DIY devices and KOMA Field Kit and extensively working with feedbacks and sound physics. Got a great inspiration from my friend and fellow soprano saxophone player Dmitry Krotevich with whom we form two different duos – one is a completely acoustical soprano saxophones duo based around two similar instruments and combination tones, another one is noise/feedback duo that concentrates on big sounds coming from small speakers.

Now you know a bit more about me."