by OUT OF BLUE 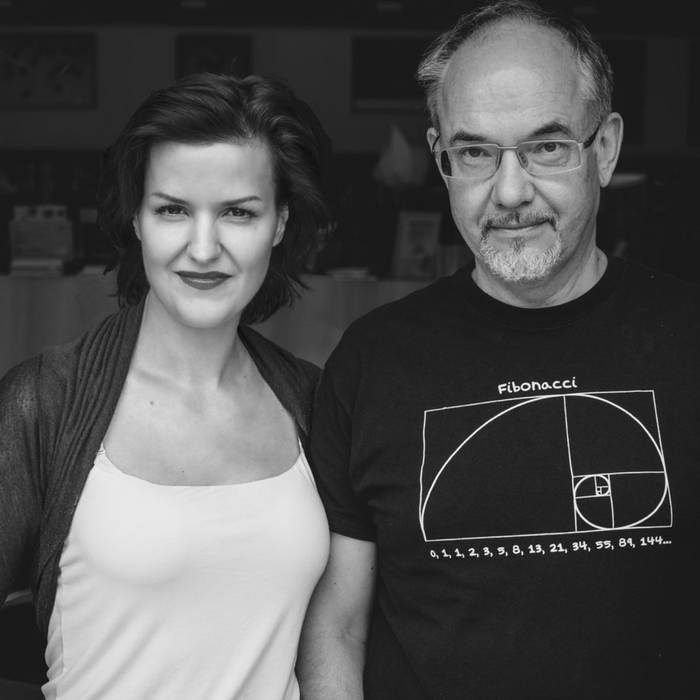 SOMMERWELLEN
OUT OF THE BLUE live

This live recording is based on spontaneous improvisations performed by OUT OF THE BLUE at the Danube Festival on Aug 6th, 2017. The live-electronics are based on pre-recorded sound samples which are processed in realtime by computer algorithms, developed by composer Karlheinz Essl. Agnes Heginger’s magnificent voice freely meanders through a maze of texts by German and Austrian poets like Ingeborg Bachmann, Joachim Ringelnatz and Christine Nöstlinger. The result is an hermetic, megalithic, cathartic, and evocative sound experience that Nachtstück Records is honored to introduce.

Agnes Heginger (* 1973 in Klagenfurt) is an Austrian singer (soprano) and composer who has emerged in the field of jazz and improvisational music as well as contemporary and ancient music.

Heginger, who sang from childhood on and performed as a youth in several bands, received a classical vocal training at the Conservatory of the City of Vienna. She received a jazz diploma from Arts Graz.

She founded her own bands with Songs and Other Noises and the Agnes Heginger Band. With the Sextet Pago Libre, the ensemble of Paul Gulda and the trio with Christoph Cech and Peter Herbert, Heginger explored the experimental jazz, and the Plasmic Quartet the New Improvisational Music. With Karlheinz Essl, she worked in the avant-garde electronics, with Klaus Wienerroither she used the Viennese song and the pop in the duo Boa Boa. In the trio extra virgine, she combined jazz, folklore and vocal art together with Nika Zach and Ingrid Oberkanins. She also worked with Georg Breinschmid, Roland Neuwirth, Franz Hautzinger, Harry Pepl and Krzysztof Dobrek. In the last few years, she has focused on texts by Austrian and German authors.

Heginger is an assistant lecturer at the Anton Bruckner Private University of Linz, but was also a lecturer at the Swiss Jazz School and at the Jazz Institute in Berlin.

Composer-in-residence at the Darmstadt summer courses, IRCAM (Paris) and the Salzburg Festival.

Between 1995-2006 teaching „Algorithmic Composition” at the Bruckner University in Linz. Since 2007 professor of composition for electro-acoustic and experimental music at the University of Music in Vienna.